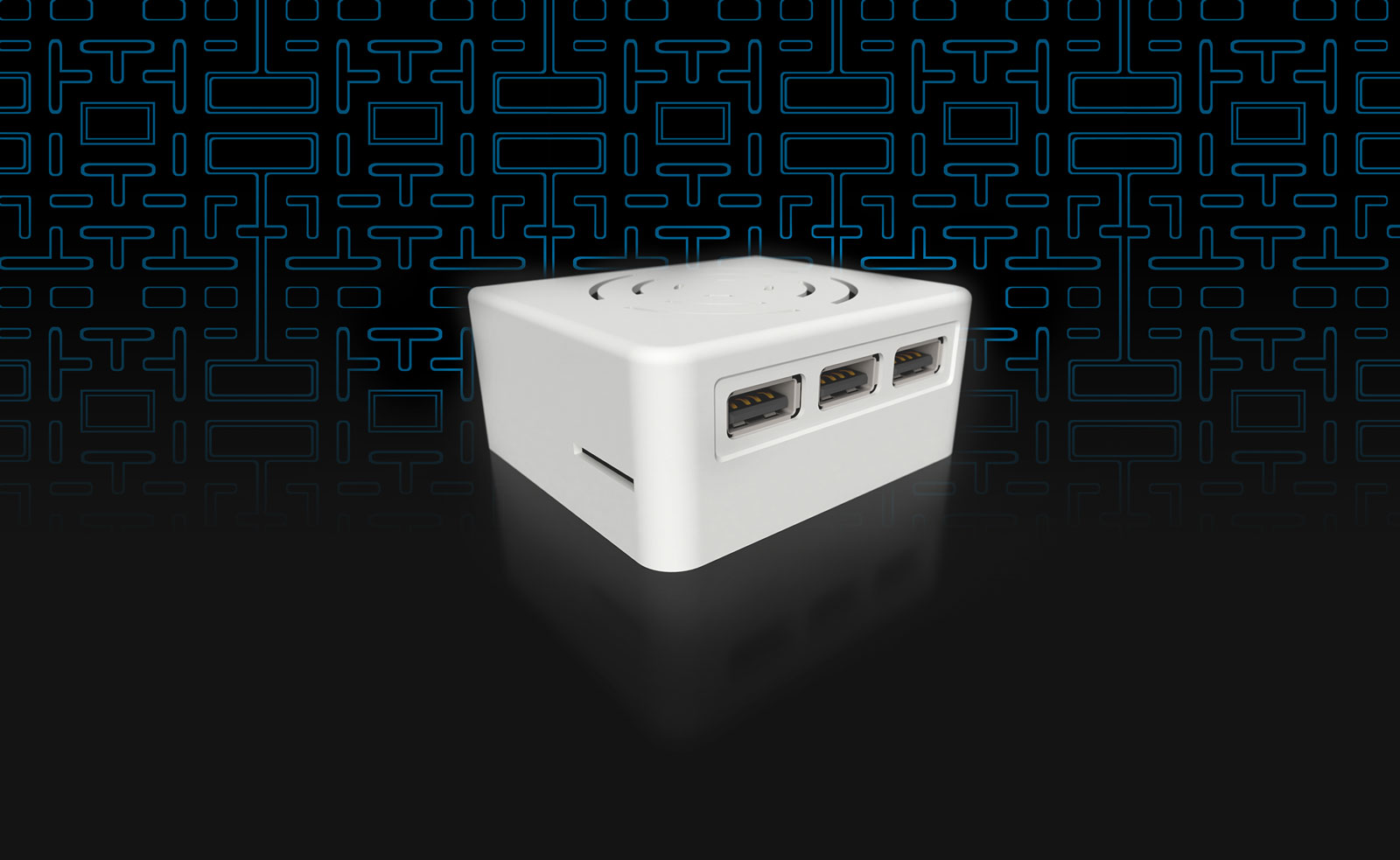 Building a Retro Game Console Even Grandma Could Use

Why build it?
Because old video games are awesome, and using an emulator on your computer isn't nearly as fun. In their time, these games were often enjoyed in people's living rooms. This project helps revive a piece of that nostalgia in a fun, sharable way that anyone (not just tech enthusiasts) can appreciate.

How much does it cost?
Excluding the TV (which you probably already have), it ends up costing around $70 USD when you include everything: the device itself, cables, power, an SD card and 2 (yes, two) gamepads/controllers. You could also skip some things and build it for a bit less, or add more features for a bit more.

What do I need?
Most of it can be built using off-the-shelf parts from places like many online stores (see note at bottom). For the enclosure, you'll need access to a 3D printer (or an online 3D printing service), a few standard tools, a short M3 screw (~ 8mm should be enough), and a soldering iron (optional if you want an extra power LED light).

As a fan of old video games, I'd been wanting to put together an emulator box/console for my home. My wife asked (ok, begged) me to finally make one, but she didn't want to deal with a mess of wires or exposed circuit boards whenever we wanted to play it. It also needed to be cheap and easy enough for other family members to use.

In the past, I put together various projects around the home using Raspberry Pis, so based on what I saw other people doing online, I figured I could easily use a Raspberry Pi Zero to accomplish the task. Seeing that the brains and software for the device would easily be fulfilled by a Pi Zero and some freely available software, I turned my attention to the case.

My other RasPi-based projects were perfectly content being housed in generic Raspberry Pi enclosures (or sometimes no enclosure at all) because they were out-of-view, so aesthetics didn't really matter. But this project was different.

For something that would visibly occupy space in the living room, the retro gaming console demanded more attention.

I found some impressive builds like this one that look just like a classic Nintendo (complete with tiny “cartridges” for switching games), and others with varying levels of detail, but I wasn't interested in going down that road. I was looking for something simple and attractive; not so much a replica or an art piece.

First, I considered something based on an existing generic enclosure, but aside from housing the printed circuit board (PCB) itself, most generic enclosures don't help with the adapter/connector problem illustrated here: 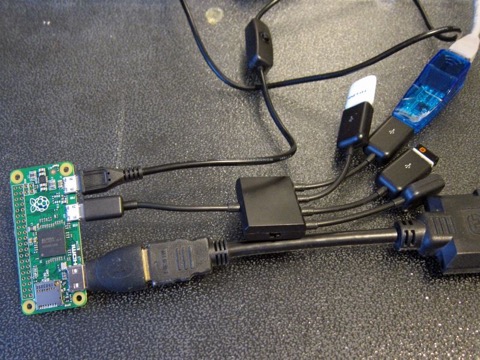 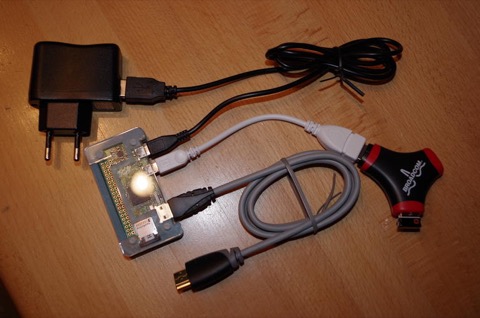 There are a few problems with this type of Raspberry Pi Zero configuration:

Surely we could do better without spending a lot more time or money on this thing… right?

I started by putting together a list of sourcing and design considerations:

These constraints helped narrow down the possible project components, and this is what I ended up with:

* If you don't live in the UK, you'll likely have to pay extra for shipping on the Raspberry Pi Zero. Most of the other components can be shipped for free, and if you purchase the Pi Zero in a kit (with some of the other required components), you may be able to offset the shipping price.

I went with a fairly minimal design for the case - a basic, no-frills rounded box. Here are some notable details that affected the design:

The case was designed in Fusion 360 with some parametric modeling. After 3 or 4 iterations (tweaking small things here and there), I came up with this: 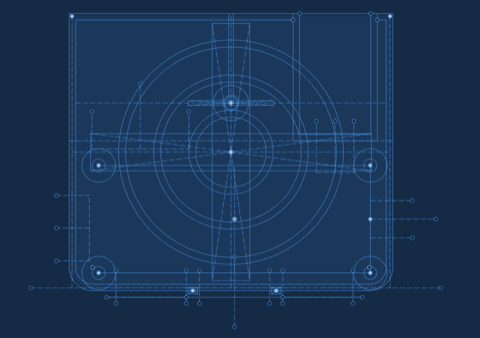 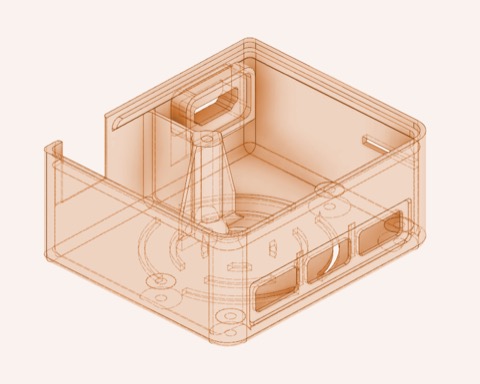 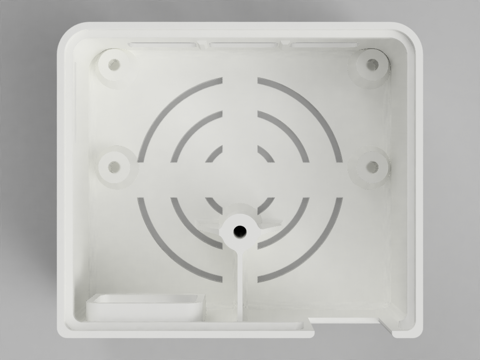 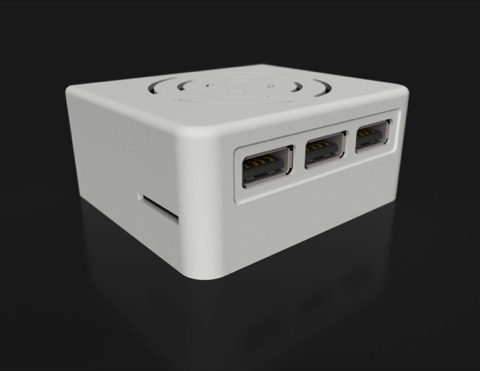 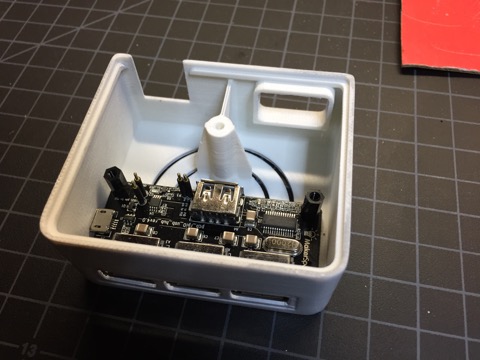 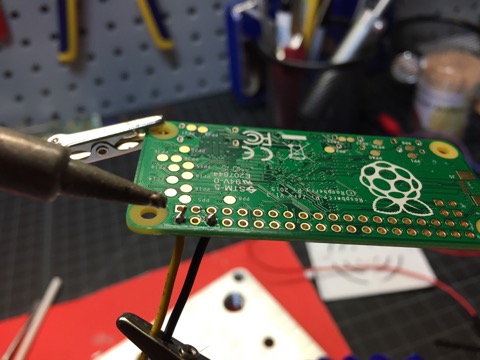 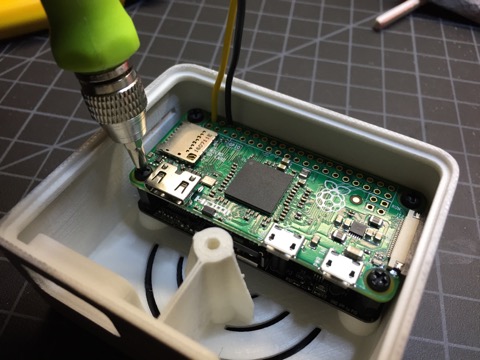 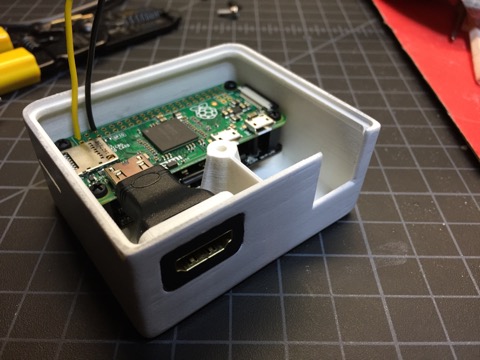 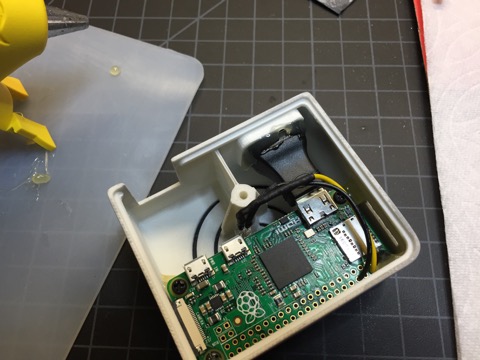 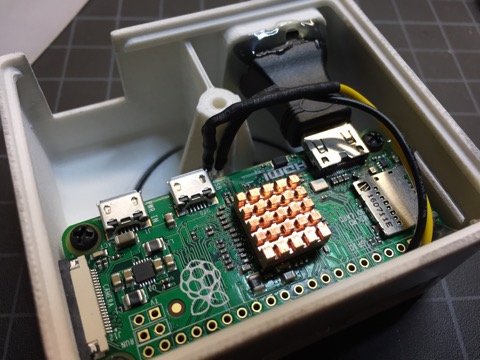 I painted the exterior of one of the enclosures (prior to assembly) to see how it would turn out. Here are some photos: 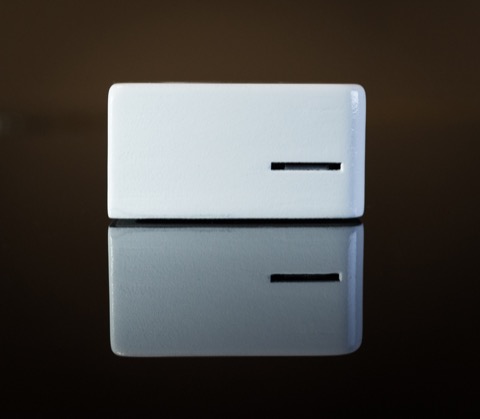 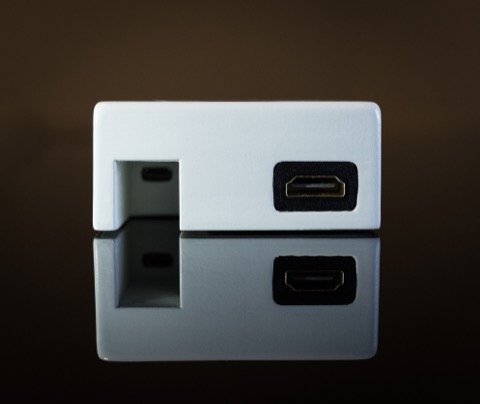 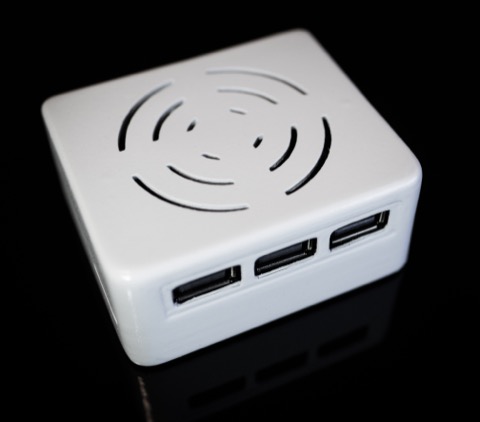 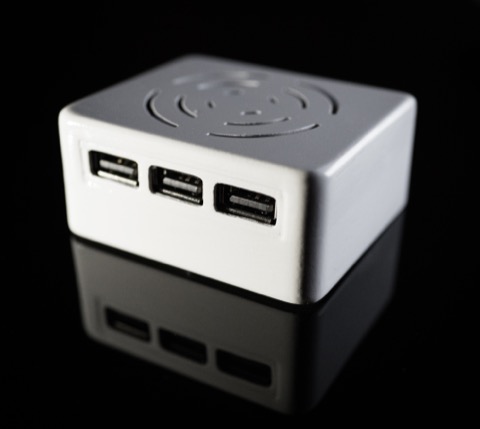 There are several options for running emulation software on a Raspberry Pi. For tinkerers and tech-oriented people who want a lot of control and flexibility over the system, RetroPie is a great option.

For this build, however, I was interested in something that favors simplicity over customization. For that, I chose Recalbox. Even with Recalbox, there are quite a few configuration options that affect the appearance and behavior of the experience, so I took a bit of time to create a configuration that turns off some unnecessary features and keeps things straightforward and easy-to-use.

Specifically, the Raspberry Pi Zero has no built-in Ethernet or Wi-Fi (and we don't need networking), so we turn off Recalbox's HTTP manager, SSH, and REST API. And since we're using this exclusively for emulation, we disable Kodi. Finally, to keep things simple, we disable extra emulator menus and advanced settings that would normally be shown in the UI.

For games (commonly referred to as ROMs), unfortunately you're on your own. I don't endorse the downloading or use of ROMs for which you don't have a legal license. There are quite a few websites that offer free, fully-legal homebrew video game ROMs that you can download and play on this system. If you're looking for more mainstream classic titles, you may or may not have luck searching for them elsewhere. There's my Glomar response for the day.

I'm fairly happy with the final result, and more importantly, my wife and kids (and some extended family) enjoy using the emulator device - and they don't need my help figuring out how to use it. It just works.

With that said, this is probably not the final iteration of the project. Here are at least a few things that could definitely be improved:

… of course, if we're going to over-engineer this thing beyond a certain point, we might as well put together a custom board, create a plastic injection molded case, get the hardware certified, etc. and sell the thing. And of course, some people are doing just that.

But that would turn the project into a business enterprise, and it certainly wouldn't be as enjoyable as building it myself.

Note about Amazon.com: I originally linked to the corresponding products on Amazon.com above (using affiliate links to help offset the cost of keeping this website alive). The links were unobtrusive and obviously provided value to the visitors of this site wishing to build similar projects. Unfortunately, Amazon decided to decline my affiliate links/affiliation - of course, only after I had generated a few hundred dollars of sales for them (so they got the sales but didn't pay me anything for the referrals). They said I could reapply, so I did, generated more referral sales, and they again pulled my affiliate application, citing that my website lacks "original" or "beneficial" content. Whatever. I'd normally say "go ahead and buy this stuff from Amazon.com", but after the way they've treated me here, I have a hard time recommending them. Do us all a favor and buy this stuff somewhere else, not Amazon.com. :)